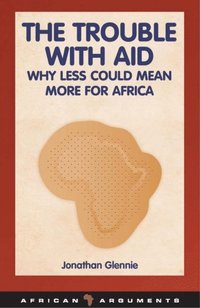 Why Less Could Mean More for Africa

av Glennie Jonathan Glennie
E-bok (PDF - DRM), Engelska, 2009-04-15
216
Ladda ned
Spara som favorit
Laddas ned direkt
Läs i vår app för iPhone och iPad
Finns även som
Visa alla 3 format & utgåvor
Africa is poor. If we send it money it will be less poor. It seems perfectly logical, doesn't it? Millions of people in the rich world, moved by images on television and appalled by the miserable conditions endured by so many in other countries, have joined campaigns to persuade their governments to double aid to Africa and help put an end to such shameful inequality.It seems simple. But it isn't. In this book, Jonathan Glennie argues that, along with its many benefits, government aid to Africa has often meant more poverty, more hungry people, worse basic services and damage to already precarious democratic institutions. Moreover, calls for more aid are drowning out pressure for action that would really make a difference for Africa's poor. Rather than doubling aid to Africa, it is time to reduce aid dependency. Through an honest assessment of both the positive and negative consequences of aid, this book will show you why.
Visa hela texten