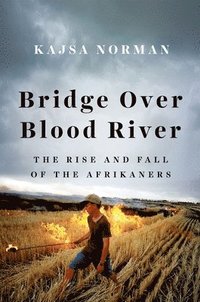 The Rise and Fall of the Afrikaners

av Kajsa Norman
(2 röster)
Inbunden Engelska, 2016-10-27
239
Köp
Spara som favorit
Finns även som
Visa alla 2 format & utgåvor
Nelson Mandela is dead and his dream of a rainbow nation in South Africa is fading. Twenty years after the fall of apartheid the white Afrikaner minority fears cultural extinction. How far are they prepared to go to survive as a people? Kajsa Norman's book traces the war for control of South Africa, its people, and its history, over a series of December 16ths, from the Battle of Blood River in 1838 to its commemoration in 2011. Weaving between the past and the present, the book highlights how years of fear, nationalism, and social engineering have left the modern Afrikaner struggling for identity and relevance. Norman spends time with residents of the breakaway republic of Orania, where a thousand Afrikaners are working to construct a white-African utopia. Citing their desire to preserve their language and traditions, they have sequestered themselves in an isolated part of the arid Karoo region. Here, they can still dictate the rules and create a homeland with its own flag, currency and ideology. For a Europe that faces growing nationalism, their story is more relevant than ever. How do people react when they believe their cultural identity is under threat?Bridge Over Blood River's haunting and subversive evocation of South Africa's racial politics provides some unsettling answers.
Visa hela texten

[Norman] takes on the future of the embattled Afrikaner with remarkable tenacity and intelligence ... Assured and scrupulously reported, this is perhaps the most interesting book about South Africa to have appeared since Rian Malan's My Traitor's Heart 26 years ago. * The Spectator * There is much of interest to be learned here about the rival attempts by die-hard Afrikaners on the one hand and the ANC on the other to commemorate this battle on the banks of the Ncome River in diametrically opposed ways, leading to a frigid standoff that says much about contemporary South Africa. * R.W. Johnson, Literary Review * 'Kajsa Norman is a skilful journalist, courageous in entering dangerous situations, shrewd in investigating, patient in listening. ... Altogether, this book gives a fascinating insight into one of the worst periods of religion-dominated social cruelty.' * The Church Times * '[A] fascinating tapestry, wefted by history and warped by anecdote.' * Irish Examiner * Norman does not minimise the horrors of the apartheid era, but she does delve into the paradoxes of the Afrikaner in their perpetual quest for survival: despite their often brutal form of racism they were also capable of humane acts ... With Bridge over Blood River, Kajsa Norman has made a significant addition to available literature on the Afrikaners. * The South African * Thick-skinned and fearless, Kajsa Norman has embarked on a daring journey through South Africa, deep into the landscapes of the tensions that still prevail there. She's looking for the only thing worth seeking: that which, in the clearest and most unambiguous way, describes a society in transition where there is every reason to be vigilant. * Henning Mankell *

Kajsa Norman is a London-based investigative journalist and author focused on dictatorships and conflict zones. She has previously published books on Cuba, Zimbabwe, and Venezuela. She has also served as a press and information officer for the Swedish Armed Forces in Afghanistan and Mali.