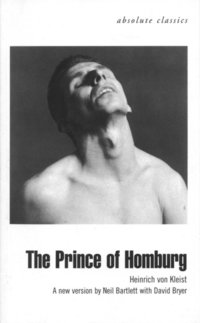 av Kleist Heinrich Von Kleist, Bartlett Neil Bartlett, Bryer David Bryer
E-bok (EPUB - DRM), Engelska, 2002-01-28
159
Ladda ned
Spara som favorit
Laddas ned direkt
Läs i vår app för iPhone och iPad
Finns även som
Visa alla 5 format & utgåvor
'Tell me, please - is this a dream?'The night before he leads his troops into battle, the prince of Homburg strips off his uniform and goes sleepwalking. Moonstruck, his mind races with a young man's fantasies - love, ambition and victory. But when the morning comes, a single reckless act of disobediance sets in motion a chain of events that leads inexorable to the one thing he never dreamt would happen; his own death.Heinrich von Kleist is one of the most enigmatic figures in theatre history. Driven to suicide at the age of 34, he left behind him seven extraordinary plays. Unperformed during his own lifetime, The Prince of Homburg is now regarded as von Kleist's masterpiece and is one of the most mysterious and beautiful plays of the nineteenth century.Neil Bartlett's production opened at the RSC Stratford in January 2002, and transferred to the Lyric Theatre.
Visa hela texten