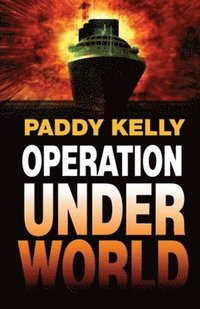 av Paddy Kelly
Paperback / Softback Engelska, 2015-10-23
303
Köp
Spara som favorit
Finns även som
Visa alla 2 format & utgåvor
February, 1942: Free China is lost, the Battle of Britain has been fought and Hitler dines in Paris. World War II is nearly three years old and, with an invitation from the Imperial Japanese Navy at Pearl Harbor via air mail, the United States has joined the party. Only 60 days into it and the U.S. Navy has lost nearly 100 ships to the Wolf Packs, the retooling of Her factories is estimated to take at least a year, and even before that is completed, the men who work in those factories must become Marines, sailors and soldiers.
To compound the Navy's problems, the most famous luxury liner in the world, T. L. S. Normandie, has just been set alight and burned to the water-line in New York Harbor initiating wide spread hysteria in fear of German saboteurs. The U.S. Navy is behind the eight ball, big time.
Charlie 'Lucky' Luciano, the architect and founder of Organized Crime in America, after being framed by the New York D. A., is serving a sentence of 50 years for a crime that warrants 10, and is concurrently fighting deportation to an enemy nation where he is already condemned to death.

In one of the most ironic decisions of the war, the Federal Government is about to request "The Boss of Bosses" to join forces with their most secret service, Naval Intelligence. In addition, he is told he must remain in prison with no chance for compensation or parole.
Enter Mike 'Doc' McKeowen, a New York P. I. who just wants to get his life back on track after his business partner ran off with all the top clients, and his wife ran off with everything else including his dignity. But he's about to have bigger problems.
Whether you believe the link between the Federal Government and organized crime is a slender thread, or as Mario Puzo wrote, '. . . contemporary America, where law and organized crime are one and the same.' you will learn how the foundation of the International Drug Cartel was laid. You will come to appreciate what the Sicilians mean when they say, 'Due Facce della stessa Medaliglia'. Two sides of the same coin.