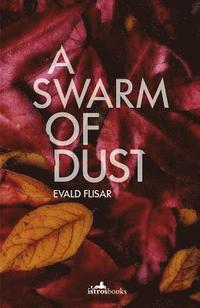 A Swarm of Dust

av Evald Flisar
Häftad Engelska, 2018-06-25
157
Köp
Spara som favorit
Kan levereras innan julafton!
"A world without truth would be immensely sad," states the magistrate in the murder trial of local boy, Janek. A young man with serious mental issues, Janek's strange `chestnut crown' - woven from the leaves of a supposedly sacred tree - was found on the body of the farmer Geder; stabbed to death with a bread knife. Through a series of flashbacks during the interrogations, we learn of Janek's story: from the perversion of his relationship with his mother, to the frustrations of his love affair with Daria and his inability to complete his studies or free himself from the ghosts of this past.
Visa hela texten

Praise for 'My Father's Dreams' (2015): "Evald Flisar, Slovene man of letters extraordinaire, undertakes fearless forays into the bizarre ways in which the mind works." Eileen Battersby, Irish Times "Flisar has the rare ability as a writer to move the reader from laughter to disgust within the space of a single page." A. M. Bakalar, Words without Borders

EVALD FLISAR is a novelist, playwright, essayist, editor and seasoned traveller. Flisar was president of the Slovene Writers' Association from 1995 - 2002, and since 1998 is the editor of the oldest Slovenian literary journal Sodobnost (Contemporary Review). He is the author of eleven novels, two collections of short stories, three travelogues, two books for children and fifteen stage plays. Winner of the Preseren Foundation Prize, the highest state award for prose and drama, the prestigious Zupancic Award for lifetime achievement, three awards for Best Radio Play, and many more. His previous novels, `My Father's Dreams and Three Loves, One Death were published with Istros in 2015 and 2016 respectively.