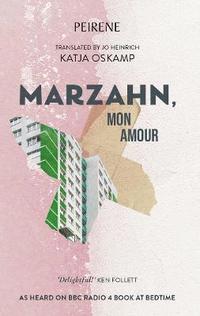 av Katja Oskamp
Häftad Engelska, 2022-02-17
133
Köp
Spara som favorit
Kan levereras innan julafton!
Finns även som
Visa alla 1 format & utgåvor
A woman approaching the 'invisible years' of middle age abandons her failing writing career to retrain as a chiropodist in the suburb of Marzahn, once the GDR's largest prefabricated housing estate, on the outskirts of Berlin. From her intimate vantage point at the foot of the clinic chair, she keenly observes her clients and co-workers, delving into their personal histories with all their quirks and vulnerabilities. Each story stands alone as a beautifully crafted vignette, told with humour and poignancy; together they form a nuanced and tender portrait of a community. Part memoir, part collective history, Katja Oskamp's love letter to the inhabitants of Marzahn is a stunning reflection on life's progression and our ability to forge connections in the unlikeliest of places.
Visa hela texten

'Katja Oskamp knows how to capture the essence of people beautifully. They really come to life in her portraits. A powerful book.' FRANK-WALTER STEINMEIER, PRESIDENT OF GERMANY; 'Marzahn, Mon Amour captures a piece of modern German history and brings it right down to the human level.' WORLD LITERATURE TODAY; 'There is great soul in this book: power, goodness and humility.' NEUES DEUTSCHLAND

Katja Oskamp was born in 1970 in Leipzig and grew up in Berlin. After completing her degree in theatre studies, she worked as a playwright at the Volkstheater Rostock and went on to study at the German Literature Institute in Leipzig. Her debut collection of stories Halbschwimmer was published in 2003. In 2007 she published her second novel Die Staubfangerin. Her book Marzahn, Mon Amour, published by Hanser with the subtitle 'Stories of a Chiropodist', was selected for the 'Berlin Reads One Book' campaign and thus literally became the talk of the town. She is a member of PEN Centre Germany. Marzahn, Mon Amour is her first work to be translated into English.