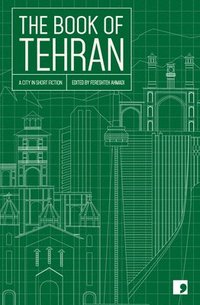 The Book of Tehran

A City in Short Fiction

av Goli Taraghi, Atoosa Afshin-Navid, Fereshteh Ahmadi, Kourosh Asadi, Azardokht Bahrami
Häftad Engelska, 2019-03-28
126
Köp
Spara som favorit
A city of stories - short, fragmented, amorphous, and at times contradictory - Tehran is an impossible tale to tell. For the capital city of one of the most powerful nations in the Middle East, its literary output is rarely acknowledged in the West. This unique celebration of its writing brings together ten stories exploring the tensions and pressures that make the city what it is: tensions between the public and the private, pressures from without - judgemental neighbours, the expectations of religion and society - and from within - family feuds, thwarted ambitions, destructive relationships. The psychological impact of these pressures manifests in different ways: a man wakes up to find a stranger relaxing in his living room and starts to wonder if this is his house at all; a struggling writer decides only when his girlfriend breaks his heart will his work have depth... In all cases, coping with these pressures leads us, the readers, into an unexpected trove of cultural treasures - like the burglar, in one story, descending into the basement of a mysterious antique collector's house - treasures of which we, in the West, are almost wholly ignorant.
Visa hela texten

Fereshteh Ahmadi (born in 1972) is an Iranian novelist, short story writer, literary critic and editor. living in Tehran. Ahmadi is widely recognised for her enigmatic and mysterious psychological fantasies, including her first short story collection, Everybody's Sara (2004). She has won several literary awards for both her short stories and novels which include The Fairy of Forgetfulness (2007), Cheese Forest (2008) Heatstroke (2013) and Domestic Monsters (2016).