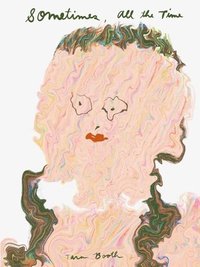 Sometimes, All The Time

Tara Booth is an artist from Philadelphia, PA currently based in Portland, Oregon. Since she began making comics in 2015, her work has been published by kus! comics, Colorama Press, Brainfreeze Comics and in various anthologies. Her work has been featured on Mashable and in Bloomberg Magazine, Hi Lo, and The Lifted Brow, among other magazines and websites, and she is well known for her content on Instagram, where she has over 80K followers.