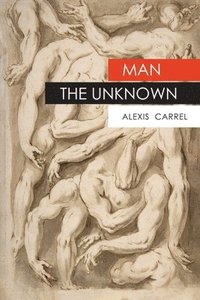 av Alexis Carrel
Häftad Engelska, 2022-03-24
199
Köp
Spara som favorit
Finns även som
Visa alla 1 format & utgåvor
2022 Reprint of the 1935 Edition. In 1935, Carrel published Man, the Unknown, which became a best-seller. In the book, he attempted to outline a comprehensive account of what is known and more importantly unknown of the human body and human life "in light of discoveries in biology, physics, and medicine", to elucidate problems of the modern world, and to provide possible routes to a better life for human beings.

For Carrel, the fundamental problem was that:

Men cannot follow modern civilization along its present course because they are degenerating. They have been fascinated by the beauty of the sciences of inert matter. They have not understood that their body and consciousness are subjected to natural laws, more obscure than, but as inexorable as, the laws of the physical world. Neither have they understood that they cannot transgress these laws without being punished. They must, therefore, learn the necessary relations of the cosmic universe, of their fellow men, and of their inner selves, and also those of their tissues and their mind. Indeed, man stands above all things. Should he degenerate, the beauty of civilization, and even the grandeur of the physical universe, would vanish. ... Humanity's attention must turn from the machines of the world of inanimate matter to the body and the soul of man, to the organic and mental processes which have created the machines and the universe of Newton and Einstein.

Carrel advocated, in part, that mankind could better itself by following the guidance of an elite group of intellectuals, and by incorporating eugenics into the social framework. Though his ideas regarding a non-hereditary aristocracy and his reliance on genetics as a solution to modern problems today seems highly problematic and largely unworkable, still he had interesting things to say about the role of culture and the possible evolution of our species.
Visa hela texten