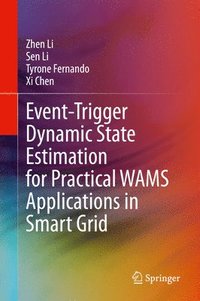 Zhen Li is Associate Professor in School of Automation, Beijing Institute of Technology, Beijing, China. He received the B. Eng. and M. Eng. degrees in measurement science and control technology from Harbin Institute of Technology, Harbin, China, in 2006 and 2008, respectively. In 2012, he received Ph. D. degree from the Hong Kong Polytechnic University, Hong Kong SAR, China. He was a Research Assistant/Associate in Applied Nonlinear Circuits and System Research Group, in the Department of Electronic and Information Engineering at the Hong Kong Polytechnic University, from October 2011 to September 2012 and December 2013 to January 2014. He currently serves as technical committee member of the IFAC Technical Committee on Power and Energy Systems (TC6.3), Electrical Automation Professional Committee for Chinese Association of Automation, China Information Association for Traditional Chinese Medicine and Pharmacy Council, IEEE PES Innovative Smart Grid Technologies Asia Conference (ISGT Asia 2016), and International Conference on Sustainable Energy Engineering (ICSEE2017/2018). He also serves as International Program Committee of 2019 IFAC Workshop on Control of Smart Grid and Renewable Energy Systems (CSGRES 2019). His main research interests include the stability analysis of power electronics interfaced DERs, advanced control of power converters and its application for DERs, and dynamic state estimation for complex power system. Tyrone Fernando is Professor in the School of Electrical Electronic and Computer Engineering (EECE), University of Western Australia, Perth, Australia. He obtained his bachelor of engineering with honors and the degree of doctor of philosophy from the University of Melbourne, Melbourne, Australia, in 1990 and 1996 respectively. In 1996 he joined the School of Electrical Electronic and Computer Engineering (EECE), University of Western Australia (UWA) where he is currently a Professor. He was the deputy head of EECE UWA in 2009 and 2010. He is currently the Director of the Power and Clean Energy (PACE) research group in EECE, UWA. His research interests are in power system dynamics, renewable energy, smart grids and state estimation. He is a senior member of the IEEE. Professor Fernando has served as an Associate Editor for the IEEE Transactions on Information Technology in Biomedicine and also as Guest Editor for the journal of Optimal Control Applications and Methods. He is currently an associate editor for IEEE Transactions on Circuits and Systems--II and IEEE Access. Xi Chen is the Director of GEIRI North America. He obtained his MSc from King's College London, University of London and PhD from the Hong Kong Polytechnic University, in 2005 and 2008, respectively. He was the visiting student at the University of Florida in 2008, the postdoc fellowship of the Hong Kong Polytechnic University in 2009, and the postdoc fellowship Institute of Software, Chinese Academy of Science, from 2011 to 2013. From 2009 to 2014, he was a research fellow at State Grid Information and Telecommunication Branch, State Grid Corporation of China (SGCC). In 2014 he joined GEIRI North America (previous known as SGRI North America) where he is currently the Director of Development and Planning. He is senior member of IEEE, the deputy head of Ubiquitous Technical Committee, China Communications Standards Association (CCSA/TC10/WG2), Committee Member of SGCC Information and Telecommunication Standardization Committee. He is a National Member of CIGRE JWG No D2/C2.41, a China National Committee member of CIGIRE D2. He was a receipt of SGCC Youth Award 2016', Professional Fields Leading Talents 2012', Wuxi city Leading Creative Talent 2010', the 2rd Prize of Beijing Sciences and Technology Progress Award, and the 2rd Prize of SGCC Sciences and Technology Progress Award. He was one of the main participants for China National Development and Strategy Planning of the Internet of Things in the power industry (2010-20