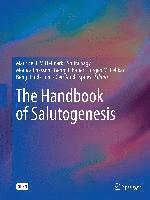 The Handbook of Salutogenesis

Past, Present and Future

av Maurice B Mittelmark, Shifra Sagy, Monica Eriksson, Georg F Bauer, Jurgen M Pelikan
Inbunden Engelska, 2016-09-20
521
Köp
Spara som favorit
This in-depth survey of salutogenesis shows the breadth and strengths of this innovative perspective on health promotion, health care, and wellness. Background and historical chapters trace the development of the salutogenic model of health, and flesh out the central concepts, most notably generalized resistance resources and the sense of coherence, that differentiate it from pathogenesis. From there, experts describe a range of real-world applications within and outside health contexts, from positive psychology to geriatrics, from small towns to corrections facilities, and from school and workplace to professional training. Perspectives from scholars publishing in languages other than English show the global relevance of the field. Among the topics in the Handbook: * Emerging ideas relevant to the salutogenic model of health * Specific resistance resources in the salutogenic model of health * The sense of coherence and its measurement * The application of salutogenesis in communities and neighborhoods * The application of salutogenesis to health development in youth with chronic conditions * The application of salutogenesis in mental health care settings The Handbook of Salutogenesis summarizes an increasingly salient field for graduate and professional students of public health, nursing, psychology, and medicine, and for their instructors. It will also appeal to health-related academicians and professionals who wish to have a thorough grounding in the topic.
Visa hela texten

"The purpose is to acquaint researchers with the concept of salutogenesis and how it relates to all areas of healthcare and populations. This is a very worthy objective, which the book meets. The intended audience is researchers and students interested in health promotion and the idea of salutogenesis or coherence in a variety of healthcare settings. ... I found this book fascinating. ... I would highly recommend this book for those professionals interested in health promotion research." (Cynthia Lee Cummings, Doody's Book Reviews, December, 2016)