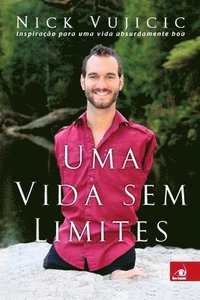 Nicholas James "Nick" Vujicic (/vujitit/ VOO-yee-cheech; Serbian pronunciation: [jitit]); born 4 December 1982) is an Australian Christian evangelist and motivational speaker born with Phocomelia, a rare disorder characterised by the absence of legs and arms. As a child, he struggled mentally and emotionally as well as physically, but eventually came to terms with his disability. He presents motivational speeches worldwide which focus on living with disabilities and finding hope and meaning in life.Despite issues with bullying and depression during his childhood, Vujicic thrived in his teenage and young adult years. During secondary school, he was elected vice captain of Runcorn State High School in Queensland and worked with the student council on fundraising events for local charities and disability campaigns. After his mother showed him a newspaper article about a man dealing with a severe disability when he was seventeen, he started to give talks at his prayer group and later founded his non-profit organisation, Life Without Limbs. He has also founded a motivational speaking company, Attitude Is Altitude.Vujicic has written that he keeps a pair of shoes in his closet due to his belief in miracles.Bio from Wikipedia, the free encyclopedia. Photo by HectorDupont (Own work) [CC BY-SA 4.0 (http://creativecommons.org/licenses/by-sa/4.0)], via Wikimedia Commons.