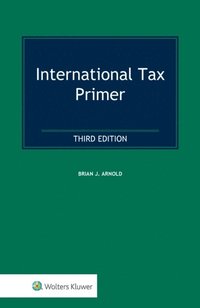 av Brian J Arnold
E-bok (PDF - DRM), Engelska, 2016-01-21
1109
Ladda ned
Spara som favorit
Laddas ned direkt
Läs i vår app för iPhone, iPad och Android
Finns även som
Visa alla 4 format & utgåvor
International Tax Primer provides an introduction to the policies that countries seek to advance with their international tax rules, with numerous examples drawn from the practices of both developed and developing countries. This third edition has been expanded substantially, due to the major developments that have occurred since the second edition of this indispensable resource appeared in 2004 - not least the fact that innumerable smalland medium-sized firms, as well as individuals, now engage in cross-border transactions that cause them and their tax advisers to confront international tax issues on a regular basis. Moreover, as the countries of the world have become increasingly integrated economically, the importance of the major issues that a country must confront in designing its international tax rules and in coordinating those rules with the tax systems of its trading partners has mushroomed.The book strikes a balance between the specific and the general by illustrating the funda mental principles and structure of international tax with frequent reference to actual practice in a variety of countries. Coverage includes the following: role of the tax adviser in planning international transactions; taxation of residents on foreign income and of non-residents on domestic income; mechanisms used to mitigate the risks to taxpayers of international double taxation; transfer pricing rules to prevent the avoidance of tax by multinational corporations; anti-avoidance measures dealing with tax havens, treaty shopping, and other offensive tax planning activities; overview and analysis of the provisions of bilateral tax treaties and the OECD and UN Model Treaties on which they are generally based; and challenges posed by taxation of income derived from the digital economy.New material in the third edition includes analysis of the OECD's initiative against base erosion and profit shifting (BEPS), tax aspects of hybrid entities and financial instruments, and taxation of fees for technical services as proposed under the UN Model Treaty.Although of greatest value to tax practitioners and government officials confronting interna tional tax for the first time, this book is sure to continue in use by tax professionals at every level of experience and on a worldwide basis.
Visa hela texten