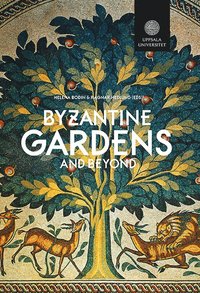 Byzantine Gardens and Beyond

av Helena Bodin, Ragnar Hedlund
Häftad Engelska, 2013-05-16
286
Köp
Spara som favorit
A garden, like the life it provides, may appear to the viewer in many different ways. As a space laid out for the nurturing of plants, a garden fulfils a variety of functions - practical, sacred, decorative or recreational. The garden may be an exquisite work of art and convey notions of cultural identity or particular values. It may also be an historical object, recalling times long past. Yet again, the garden may have aesthetic and ritual functions and serve as a poetic metaphor or religious image.

Such concepts of the garden - practical, artistic, historical, and aesthetic - may already be found in the cultures of the ancient Mediterranean world and the Near East. This tradition was then adapted by the Byzantines. In their culture, we encounter not only physical gardens, but gardens with various spiritual, devotional and even erotic functions. Byzantine gardens then influenced many other cultures in significant ways. From the twelfth century onwards, garden culture became increasingly important in the West, even in Scandinavia, while many aspects of Byzantine garden culture lived on in Orthodox monasteries, in the Arab world, and in Ottoman Constantinople. At the same time, the imagery of the spiritual garden, highly elaborated in Byzantium, gained importance among the Slavs.

(From the introduction by Helena Bodin and Ragnar Hedlund with Olof Heilo and Ingela Nilsson.)
Visa hela texten