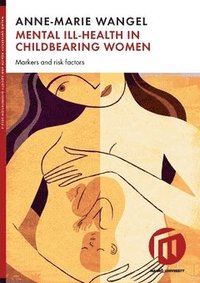 av Anne-Marie Wangel
Häftad Engelska, 2018-02-28
161
Köp
Spara som favorit
English abstract
The awareness of mental health problems in women of reproductive age has increased worldwide in the recent decades. Much research has focused on symptoms of depression in women and the risk of postpartum depression, as a factor of attachment problems and adverse health effects on the newborn and growing child. Less research has explored risk factors for mental problems during pregnancy and childbirth. Pregnancy can be challenging to a woman"s mental health as posttraumatic stress, fear of childbirth as well as past and present abuse can surface to influence the perinatal period and delivery outcome. Cesarean sections (CS), which also may be linked to mental health problems, have tripled in Sweden over the past 30 years. The aim of this thesis was to investigate mental ill-health identified through markers in pregnancy records; mental disorders associated with different modes of delivery; and analyze risk factors associated with mental health status among childbearing women in Malmö, Sweden. Study 1 investigated the documentation provided in electronic medical records (EMR) of mental health status in 17,443 childbearing women who gave birth at Malmö University Hospital between 2001 and 2006. By performing a free-text search of the perinatal registry system (KIKA), we identified the occurrence of ten selected markers of mental ill-health among pregnant women. Associations with mode of delivery was analyzed in 6467 first-time mothers presenting at term with a singleton cephalic lie baby for vaginal delivery. The result showed that the markers stress, sleep, and worry predicted a significantly increased adjusted risk for emergency CS in first-time mothers, compared with having a spontaneous vaginal delivery. Study 2 linked the national Inpatient Care Register with records from the KIKA-EMR system to investigate types of inpatient care, frequency of psychiatric diagnoses prior to childbirth, and risk of CS.Among the 17,443 women, 39.3% had received inpatient care within 5 years of index birth, 27.3% had had obstetric care, 10.1% somatic care, and 1.9% (333) psychiatric inpatient care. Paper II showed that women with a history of psychiatric inpatient care and those identified from pregnancy records as having markers of mental ill-health were associated with increased adjusted risks of elective and emergency CS. Both Papers I and II suggest that identifying a woman"s mental health status in pregnancy may predict and perhaps prevent CS, especially emergency CS in first-time mothers. The results of Papers III and IV refer to questionnaire data on pregnant women from a Swedish cohort in Malmö as part of the six-country Bidens study (Belgium, Iceland, Denmark, Estonia, Norway, and Sweden). Mother tongue was indicated by 1003 women, showing 78.6% to be native Swedish speakers and 21.4% non-native Swedish speakers. We identified mental health status and analyzed risk factors for symptoms of depression and posttraumatic stress. In all, 13.8% reported moderate depressive symptoms at seven points or above on the short version of the Edinburgh Depression Scale. The score was significantly higher among non-native Swedish-speaking women. Posttraumatic stress was defined as having at least one of three symptoms. Multivariate modeling, including socioeconomic factors, resulted in increased adjusted odds ratios for symptoms of depression and posttraumatic stress in non-native Swedish speakers, compared to native speakers. For Paper IV the same cohort was used to explore experiences of emotional, physical, and sexual abuse, and associations with depressive and posttraumatic stress symptoms. The prevalence of lifetime and recent abuse was similar between the two groups of Swedish-speaking women. A history of abuse was strongly associated with symptoms of depression and posttraumatic stress in pregnancy and was not explained by age, years of education, or being in financial distress. Assessing the language background a
Visa hela texten