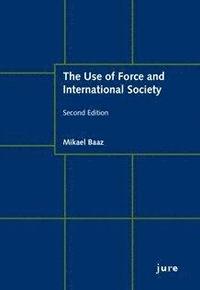 The Use of Force and International Society

av Mikael Baaz
Häftad Engelska, 2017-01-18
Studentlitteratur
363
Köp
Spara som favorit
This book is about political orders, historical ones, the current one but also future alternative ones. An understanding of how the contemporary world order came to be what it is and how it may develop in the future, is an exploration of the expansion of the international society of European states across the rest of the globe, its transformation from a society fashioned in Europe and dominated by Europeans into the global international society of today, with its nearly two hundred states, the great majority of which are not European. Such an understanding requires a sense of how other societies operated and developed in the past. In fact, our present international society is puzzling if looked at in isolation.

The second edition of the book has been updated in its entirety and features an elaborated theoretical and methodological framework as well as a newly written epilogue on the "Obama Years".