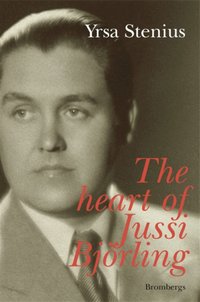 The Heart of Jussi Björling E-bok

Från 79 kr/mån
Prova fritt i 30 dagar
Upptäck vårt abonnemang för e- och ljudböcker.
Jussi Björling was the most celebrated tenor of his time. Even now, fifty years after his death and a century after his birth, he is still regarded as one of the greatest voices of all time.

Björling lived an extraordinary life in early twentieth century Sweden, beginning as a child prodigy. As a member of his father's renowned Björling quartet, he made his public debut at the age of four, and by the age of ten he was an experienced stage personality. As a concert and operatic vocal artist, he maintained a huge international following for three decades, only to die suddenly at the age of only forty-nine, at the peak of his career.

Yrsa Stenius'story of Jussi Björling, his vast artistic generosity and its horrendous price, is also a psychological study of what it means to grow up as a prodigy.

This book was first published in Swedish 2002, and is now being republished in honor of the centenary of Jussi Björling's birth in 2011, in a partially revised and extended edition, with a new final chapter in which Yrsa Stenius discesses recent facts that have come to light concerning the circumstances of Björling's death, which have attracted a great deal of interest.
Visa hela texten