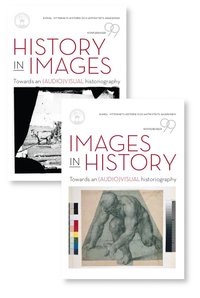 Images in History/History in Images

av Birgitta Svensson, Peter Aronsson, Andrej Slávik
Häftad Engelska, 2020-01-29
326
Köp
Spara som favorit
The outcome of an international symposium taking place on 27-28 April 2017 at the Royal Swedish Academy of Letters, History and Antiquities in Stockholm, this anthology can be read from either end. At one end, a number of essays addressing the question of how pictorial, especially photographic, representations can and have been understood either as historical artefacts or as sources of knowledge about the past. In a nutshell, images in history. Turn the book over again and continue reading. At the other end, an equal number of contributions - texts as well as images - that approach the same question from the reverse angle: how pictorial, especially photographic, representations can themselves be used to convey a new and different understanding of the past. In another nutshell, history in images. Taken together, the two parts of the volume are intended, each from its own perspective, to prepare the ground for a new historical (sub)discipline, viz. (audio)visual historiography.